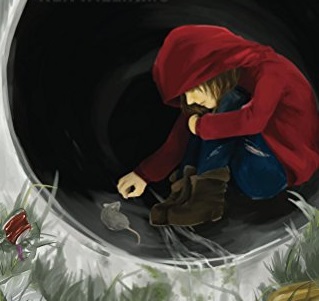 I’ve read many books but only a few had the raw emotion of Fractured Angel by Ken Williams. The characters weren’t the kind of heroes we find in most novels; they were original and true to life. I found that intriguing and I wondered what kind of a personal story author Ken Williams had to tell.

A few days ago I had the honor to have a little chat with Ken Williams and I got to know more about him. Honestly, I am in awe of his achievements.

Here is what we talked about…

– Who exactly is Ken Williams?

“I am a man driven by my experiences and encounters.  The devastating impact of serving with the 9th Marines, THE WALKING DEAD in Vietnam shaped my life.  Recovering on the hospital ship, USS Repose I vowed to work with the poor and those impacted mentally with the stressors of life or simply genes gone haywire.

Following those vows I worked with the homeless in Santa Barbara for thirty years specializing in the mentally ill.  My one constant in my life has been my passion for writing.  As far back as I can remember I wrote.

I also think that the things I experienced in Vietnam and aboard that hospital ship has formed me to always want to serve the marginalized.  I am deeply connected to them including those suffering, not only from mental illness, but also poverty and people caught in the brutality of war.”

– How did you decide to pursue a writing career?

“I used to write guest opinion pieces for two different newspapers and an online news service about my work with the homeless.  Of course that was nonfiction.  I gave frequent speeches to different community groups about my work and the homeless.  At one speech a Hollywood screenwriter came up to me and told me my street stories would make a great film.

I wrote several screenplays till I found out how hard it was to move them.  I went back and rewrote them as novels.  Ever since I have been writing novels.

I have always loved writing.  I find it impossible not to write be it opinion pieces, screenplays, short story fiction and poems.  It’s what I do on a daily bases.”

– Was getting published hard?

“Incredibly so.  I published three books with iUniverse.  Derek Vesconi, publisher of Sakuri Publishing was the first traditional publisher to take a chance with me.”

– Are your characters based on people you know?

“They are usually a compilation of people and events.  I’ve worked with thousands of mentally ill people, addicts, those impacted by alcohol, women beaten out of their homes, veterans maimed by war, hundreds of cops, nurses, shelter staff—so many people.  Each had a unique story to tell.  I try to include their stories, life experiences, tragedies and triumphs in my writings.”

“FRACTURED ANGEL, CHINA WHITE and SHATTERED DREAMS, A STORY OF THE STREETS are all contemporary fictions.  The novel I have just completed: GAIA’S REVOLT is speculative, cli-fi.”

– Which of your books is your most favorite?

“Each one has a unique and special place in my heart.  FRACTURED ANGEL in particular.  So many times I had to deal with parents looking for their runaway child who, having suffered a mental breakdown ran to the streets.  To this day I’ve kept a picture of a nineteen-year-old girl whose Silicon Valley executive father was referred to me.  The picture he gave me of her was torn in half.  It was taken at a family gathering in the park and the father wished to honor the privacy of the other family members.  I often look into the girl’s eyes for clues to her mental state.  Was she already suffering the first symptoms of mental illness?  Was she even then making plans to run to the streets in an attempt to outrun her disease?  Was her mother in the background fretting about her daughter and the stranger that had stolen into the night and taken her mind?

There is also a passage in the book about a mentally ill combat veteran who circumcises himself.  Like I said earlier, I try hard to convey the life experiences of those which society often has no time for, nor interest in.”

– Do you have a specific writing routine?

“I try, and usually do write daily.  Be it my novels, short fiction pieces or poems.”

– What are your current projects?

“I am working on a treatment for a Hollywood producer.  Having finished, GAIA’S REVOLT I am halfway through the first draft of its follow up: GAIA’S REVENGE.  I have rediscovered my love of short story fiction, and especially poetry.  Columbia University’s Columbia Journal has just published one of my stories. Leaves of Ink, Haggard and Halloo, Fear of Monkeys, Criterion eJournal and Cecile’s Writers are a few of the other publishers who have accepted my poems and fiction pieces.”

“Good question.  One thing life teaches you is to be prepared for the unexpected.  My sudden placements of my poetry was startling and unexpected.  So I would like to see where that journey takes me.  The ongoing tragedy in Aleppo, Syria has driven a lot of my writing lately.  I am waiting to see if the producer likes the treatment enough to engage me for the next step, which is to write a screenplay.  I am deeply committed in finding the right publisher or agent who respects the underlying story of GAIA’S REVOLT, which deals with the devastating impact of Global Warming in the near future.

I am convinced whatever comes next in my life has to do with being a writer.”

How would you go about trying to help your daughter who, suffering her first psychotic break at fifteen, is chased by her wounded mind to the streets of Santa Barbara? That is the dilemma that Lynne Swanson faces. Out of her element, and definitely out of her comfort zone for this professional woman, she is forced to seek the help of Kerry Wilson, a social worker for the homeless. Unfortunately for her, Kerry is a rough-necked loner that has no inclination to hold the hand of a woman who he feels is out for a lark at the expense of his homeless clients. The harsh and deadly realities of the streets in one of the wealthiest cities in the world and an attempt to close a homeless shelter just as winter sets in produces a dramatic race against time with the life of Lynne’s daughter in the balance.

For over thirty years Ken Williams worked for the homeless in one of the wealthiest cities in America: Santa Barbara.  His clients included the mentally ill, alcoholic/drug addicts, war veterans, the infirmed, people with AIDS, the neglected, survivors of sexual violence and the aged.  During that time he also battled the prejudices and fears directed against these new lepers.  He was instrumental in establishing homeless shelters, soup kitchens, halfway houses and other client centered services.  His most cherished project was Casa Rosa a recovery home and rescue for pregnant homeless women who were battling addiction or mental illness, and Maritza’s Cocina, a children’s soup kitchen. He won many awards for these efforts including being recognized as Public Citizen of the Year for California by the National Association of Social Workers.  He also won the 2010 Civil Rights Award by the Santa Barbara Chapter of the A.C.L.U.

He used these experiences to write novels, screenplays and columns for local media outlets. Two of the novels:  Shattered Dreams, a Story of the Streets and China White are in print.  There Must Be Honor; a collection of articles interwoven with his autobiography is also.

He served in combat with the 9th Marines—The Walking Dead in Vietnam.

Along with Paul Walker (from the Fast and Furious franchise) and Brandon Birtell he helped produce and starred in “Shelter,” a documentary about his work with the homeless.  He was also featured in Streets of Paradise another documentary filmed in Santa Barbara.

A list of his awards and distinctions include the following:

*National Council on Alcoholism and Drug Abuse Award of Merit

KEEP IN TOUCH WITH KEN WILLIAMS