Eula McGrevey is an American author who has an educational background in neuroscience and history, and currently works in the medical field.

With her debut novel, Progtopia, McGrevey hopes to educate and inspire freedom-loving people about history, politics, and life with this entertaining futuristic tale.

But who exactly is Eula McGrevey?

Who am I? Well, I guess that can be a loaded question. You see, I’m not a writer who has a nice cabin in the country, away from it all, weaving masterful tales from sun up to sun down. I’m like most modern writers: I have a job that has nothing to do with books! Not to say I don’t like the job that pays my bills, but anyone who knows me, understands I can get bored with things quickly, usually leading me to another project. Don’t get the wrong impression though, I am not one of these types who needs one hour of sleep and is go-go-go all the time. I can be as laid back as the best of them, lounging on the couch on a Saturday watching college football or just reading a book. I love history and science and have blended those backgrounds into my life.

How did you decide to pursue a writing career?

My main problem my entire life: I like a lot of things. I like science, history, reading, sports. Growing up, you want to do everything and then at 18 somehow you are to pick a career for the rest of your life! Telling your parents, “Hey, I aspire to be a struggling writer! Want to shell out some dough for college?” Doesn’t really go over well. My parents, always supportive of me and my siblings, felt we had to have a career that didn’t leave us destitute. What came next was up to us. So, I pursued studies in science and history, and ended up in the medical field.

I wrote a book in college. I never sent it anywhere or did anything with it, and in fact, it is either long gone, or buried in a box somewhere. Throughout the years, I’ve had some ideas about books I’ve wanted to write, but they were just that—ideas. Probably would’ve been a good read, but nothing more. On Christmas morning 2012, I was lying in bed, and the inspiration for this book came to me. I felt I had to do it. Can’t explain it, but it just happened. I thought about it for a while and started to write. I had to wipe off a lot of the cobwebs when it came to writing, but I kept at it, had people critique my work, rip it apart. No way to get better unless you get feedback. 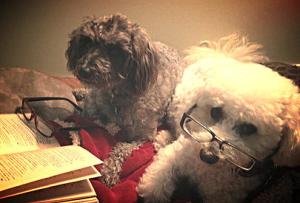 Was getting published hard?

There are many platforms out there who will publish your book without using the conventional routes. The publishing world is rapidly changing, and I love it because it opens the market, giving the individual a chance. Some of the most prolific writers of modern times were rejected by publishing companies. Where would we be now if they hadn’t kept pressing on?

I decided to go with an online company to get my book out there. As a writer, I don’t want to abandon the rights to my works, my creations. Going down the road of not using a conventional publishing company, you must put out a professional, exciting product, which this book is. I’ve gotten rave reviews about the cover, the characters and story lines. And, the best thing I hear is: “When will book two be out?” You know you have created something special when people ask you that question.

Are your characters based on people you know?

No one character is consciously based on any specific person in my life. But let’s face it- there is no way the people I’ve met and interacted with during my life don’t seep into the personalities of the people in my books. May not even be people I know well. Could have been a lady at the grocery store who spoke with a nasally pitch and drove me up the wall, or some guy who was rude to me while standing in line. Things like that stick in you deep down, and then all of sudden when you’re writing about something that conjures up the feeling I had when those people were annoying me, it comes out into the character.

What’s funny, is now that this is going to be a trilogy, I’ve had people ask me to be in the book! And, if there is the right spot for their type of personality, then it’ll come in. Probably would have anyway. 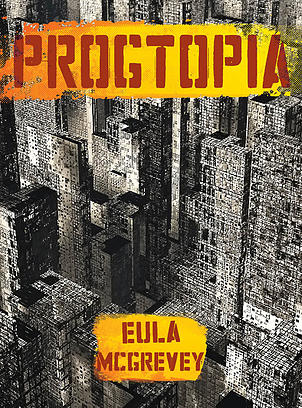 What genre is your books?

The Progtopia Trilogy is a dystopian thriller. It presents a peek into the future and weaves the tale of how it happened. You are rooting for some of the characters when they get into some precarious situations. Some, you hope get what they deserve.

Which of your books is your most favorite?

Well, this is my first book getting published so I think it will always be my favorite. It’s the one that got me out of the gate and pushed me to pursue my dream of weaving a tale for the world to enjoy.

As far as what books I like? I’m all over the place: Vince Flynn, Patricia Cornwell, 1984, Atlas Shrugged.

Do you have a specific writing routine?

Since I work full time as a non-writer, I dedicate the weekends to writing. During the week, on my drive to work, I think about the chapters I plan on writing on the weekend. It is during the drive I develop a lot of my ideas. Saturday and Sunday, I get them on paper. Occasionally I will write after work, but that is not my norm.

When I write on the weekends, I start off by having a cup of tea, write for an hour, make some breakfast, and go back to the computer. After a few hours, I’ll eat again, then back to writing. End by dinnertime and relax or do work for my other jobs. That has been my weekend routine for the last two years. It isn’t work for me, though. It’s relaxing and exciting to create a world and characters from thin air. Not only is it fun, but it’s great to know someone will have the pleasure of enjoying my characters. Make them think. Make them laugh. Make them cry. Words can be powerful, if you put them together right!

What are your current projects?

Right now I am working on the other books in the Progtopia Trilogy.

What’s next for you?

Once I have completed the Progtopia Trilogy, I plan on taking a bit of a break, let my mind clear a little and see where it takes me. I’ve had such a wonderful time on this project, but I am excited to see where the future takes me!

This dystopian thriller blends two different timelines into one twisted tale of ordinary citizens attempting to break the shackles of a tyrannical government.

In the year 2032, home schooling and religious schools have been banned, and technology has made facial recognition and drone spies part of everyday life. But thirteen-year-old Camille, on the run from the authorities, manages to evade them with the help of an ex-CIA agent who has secrets of his own. When the duo stumbles across the existence of Project Renaissance, a top-secret plan endorsed by the president, they do everything they can to stop it—but are they too late?

In the year 2172, the Giving Class runs the world while the Recipient Class lives to serve them, but is forbidden from marrying, reproducing, or even mingling with the opposite sex.

With books and religion banned, people’s main form of entertainment is an annual event known as The Trials. This televised show allows viewers to vote on whether participants will be sent to reeducation camps…or sentenced to death.

As Progtopia teases out the connection between these two time periods, readers will find themselves swept up in a darkly twisted world that is in desperate need of a hero.

Keep in touch with Eula McGrevey

PROGTOPIA IS NOW LIVE ON AMAZON*