She wanted to be a rock star when she was younger, but eventually she got a degree in theater. She became a professional radio announcer, but that wasn’t her dream job. Writing has always been her true love and she was soon discovered by major and midsize publishers.

– But who exactly is Laura Lee?
“That is a very existential question. My novel is called Identity Theft. It is about a woman who is fooled by a young man who tries on someone else’s identity for fun without thinking about the consequences. All of the characters are at low points in their lives and having identity crises of various kinds. The young man has dropped out of college and feels as though his real identity is that of a loser. He happens to work in the office of an 80s pop star and he’s put in charge of the star’s social networking. So he is able to play rock star on line and he starts to flirt with a fan. The fan is going through financial problems and is on the verge of losing her professional identity due to layoffs. She feels as though she has stumbled into an exciting new life. The rock star himself is going through a divorce. He has lost his identity as a husband and his identity as the hottest young star disappeared long ago. So identities change over the course of a life and depending on the context. In the context of this interview, I am the author of about 15 books with major and midsize publishers. Most are non-fiction. Identity Theft is my second novel and the first I have tried to publish on my own.” 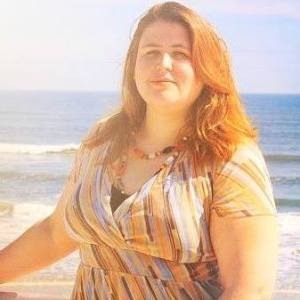 – How did you decide to pursue a writing career?
“My father was an author and I came by it naturally. I actually wanted to be a rock star when I was younger, but was too lazy to learn to play the guitar properly. I studied to be an actress, (I have a degree in theater) but was no good at it. I then became a professional radio announcer for a while. I liked that job, but it was in the process of changing due to automation. A bit like the publishing world today. I burned out on that career. I found that writing was both the path of least resistance and the hardest career choice I could have made.”

– Was getting published hard?
“No. In fact, that part came quite easily. The first book proposal I sent out was picked up by a midsize publisher about a month later. So I was lucky on that score. What has been hard is keeping the work coming, and making a career out of it.”

– Are your characters based on people you know?
“I never base a character on someone I know including myself, although all of my characters have aspects of myself and observations I have made. I think it is a big mistake to write anything too autobiographical. You need enough distance to feel free to change what you need to in order to make the story more dramatic or get to where you need it to go.”

– What genre are your books?
“The majority of the books I have written are non-fiction in the humorous reference category. I have a whole series (with various publishers) that I call my “negative situations” books. These include “The Pocket Encyclopedia of Aggravation,” “Schadenfreude, Baby!” “The 100 Most Dangerous Things in Life and What You Can Do About Them,” “Broke is Beautiful” and “Don’t Screw It Up!” (I think I have an inordinate number of titles with exclamation points on them. Probably one is too many.) I have also written a children’s book “A Child’s Introduction to Ballet” and the novel “Angel”.”

– Which of your books is your most favorite?
“The two novels are my favorites. They are quite different in style and tone but I think both convey my voice, different aspects of my style. A reader described my signature as vivid use of words, wry humor and spot-on observations about humanity.”

– Do you have a specific writing routine?
“I write down my initial idea. Not an outline, but the basic notes of what I want to write, and then I have to go away and do something else before I can complete it. I often write down the structure of a particular article or scene I want to write, go to bed, and write the thing in the morning.”

– What are your current projects?
“I’ve just been hired to write a non-fiction book, so I am working on that. There is a biography I have been researching whenever I can find the time and resources. I’m always working on any number of things in the hopes that one of them will take off. “

KEEP IN TOUCH WITH LAURA LEE 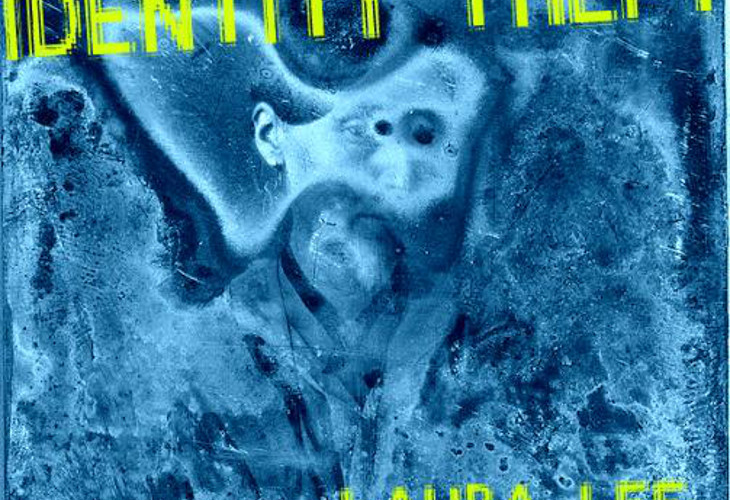 A bored employee in a rock star’s office begins an online relationship with a fan in the guise of his boss and sets off a chain of events he cannot control.

Laura Lee is the author of 15 books with such publishers as Harper Collins, Reader’s Digest, Lyons Press and Running Press. Laura Lee is an amazing writer, best known for humorous reference such as The Pocket Encyclopedia of Aggravation, which sold 85,000 copies for Black Dog and Leventhal. Her first novel was Angel published by Itineris Press. The San Francisco Chronicle has said of her work: “Lee’s dry, humorous tone makes her a charming companion… She has a penchant for wordplay that is irresistible.”

Today we have the priviledge to host her on our blog and we have a lot of questions to ask her, such as her Pubslush campaign for Indentity Theft, her upcoming contemporary, fiction novel.

“Who am I? That is an interesting question considering the theme of the novel. (Identity and loss of identity.) Americans tend to answer this question by reciting their resumes. I am a full-time writer and the author of about 15 books. Most of them traditionally published. I was raised in suburban America but moved quite a bit. I spent my junior high school years in Bowling Green, Ohio, which is a bit of a small town when you take the university out of the equation. The essence of who I am may be an introverted person who likes to observe and reflect on human nature. I automatically reflect on things verbally. I don’t know whether that is nature, nuture, or habit.”

“I came to it by default. I studied theater, but never had any success at that. Then I pursued a career in radio. I did that for three or four years before I burned out. I had already started doing some writing on the side when I worked in radio. It was clear I had an aptitude because whenever I would write something I would get this great feedback. After a brief period working in Borders Books and Music, I moved to New York and got a journalism job with no formal background on the strength of clips. It is a shame there are not more of these jobs around because working for a newspaper and having to produce copy every day is a great practice. It hones your skills. You can’t sit around waiting for the muse, you just have to get to work.”

“I had the great advantage that my father was a writer. He pushed me. I mentioned to him in passing that I had an idea for a book, and he would not let up on me until I had created a proposal and sent it out to publishers. My first book proposal was accepted within a month. So I had the advantage of an in-house mentor to show me how to do proposals and queries and how to research markets. Whenever I did, initially, doors opened fairly easily. I was lucky. From 1999-2001 I put out five books with increasingly large advances. The last in that run, The Pocket Encyclopedia of Aggravation sold 85,000 copies. This all set me up with unrealistic expectations, I fear. I expected things to continue at that pace and to be as easy.”

“No. I never write fiction that is autobiographical. My earliest attempts at fiction were fairly autobiographical. They were also terrible. I find that I need distance from my subject to make it into a story. There are things, here and there, that are drawn from my life but they are combined in ways that make them different. By the time I’ve finished a novel, even the things that are the most autobiographical stop seeming like my life story and they become part of the fiction.”

“Identity Theft, if it is funded, will be my second novel. I have a hard time assigning a genre to either of my novels. Angel is literary fiction. Identity Theft is contemporary fiction with some humor.” 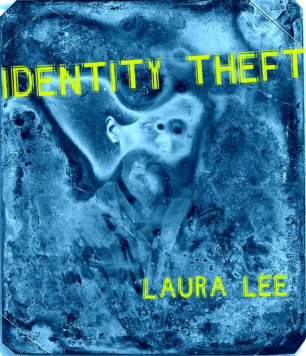 “It is different depending on whether I am writing non-fiction or fiction. With the fiction, what tends to happen is that I have an idea and I work at it in fits and stabs. I will write a bit and then find that it is not working, and I’ll set it aside and work on other things. Then at some point something will bring the idea back and I will work on it again. I may finish it, or I may get stuck again. Every time I start and set it aside, I come back to it with a new perspective. So the story grows and evolves. It is a process of layering. I never write from beginning to end. I write scenes, and then when I have a certain number of them, I string them together and look at what is missing and what needs to be added or subtracted.” 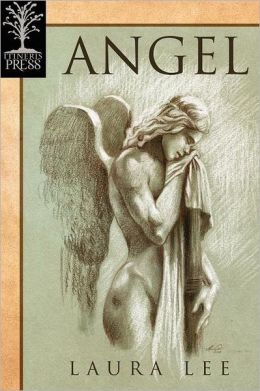 “The audio version of my first novel Angel should be coming out this week or next. I am pleased with it. My main focus is Identity Theft. It is a novel I have been working on for 15 years or so. I think it has the suspense, intrigue, depth and humor that I want to put out there. I have gotten excellent feedback from those who have read it so far, and it would be a shame to keep it under wraps. I need votes of confidence from readers to make it a reality. I hope you will visit the Pubslush page and consider backing it. The funding level is the cost of the book, so it is essentially an advance order.”

This is Laura Lee, an amazing young lady and a fantastic author. You can check this out yourselves, just visit https://pubslush.com/project/3991 and read excerpts from her upcoming novel, Indentity Theft.

Here is a snippet:

Spider Under Glass Ethan Penn’s desk was right under the gold record. It hung a bit crooked, no matter how many times he tried to adjust it. He had some ideas about blue tack, it worked on his posters at home, but he never got around to bringing the stuff in. More annoying was the spider. At some point it had crawled under the glass and died. It had been there, preserved in the golden grooves since Ethan had gotten his job, about four months before. He looked at the dead bug every day.

What do you think? We say “Let’s help Laura Lee get this book published!”